I’ve been invited by the lovely Scillagrace (visit her super blog here) to take part in a five day challenge.  To complete the challenge I have to post a photo with an accompanying story every day for…yes, you’ve guessed it, five days!  So here goes on Day One with a bit of flash fiction…. 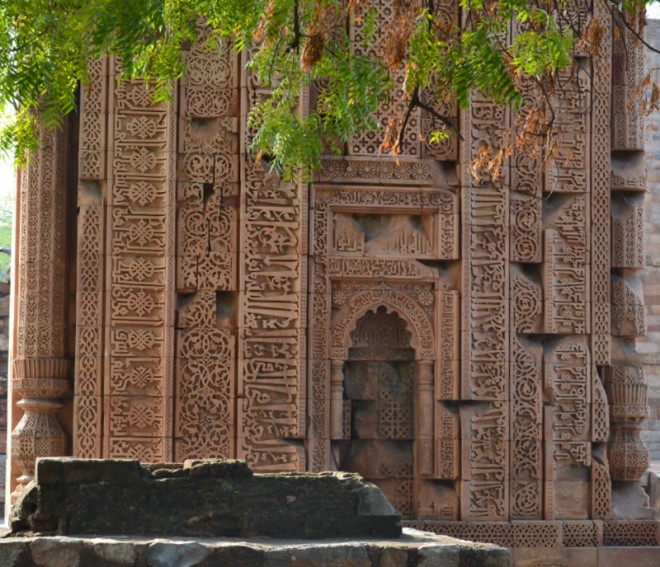 It was cooler under the shade of the Ashok tree that wept close to the newly carved tomb but still Nirmala didn’t want to be there, but her mother had insisted.

‘He was your husband. It is your duty to grieve’ she said dragging the protesting woman by the wrist.

She had barely known him when they were married.  He was at least thirty years older than her. He’d agreed to ‘have’ her when his second wife had died in childbirth. It didn’t matter to him about the deep purple birthmark that disfigured her left cheek which her mother had said would prevent interest by any other suitor. She could look after the child, even if she was only a child herself.

She’d been married to him for nearly twenty years, and in her care the child had become a young man.  Like his father, the boy had treated Nirmala as a slave, and she thanked her gods when he eventually left the family hovel.

Her ‘husband’ had got fatter and more unpleasant by the day, but she served him as best she could. She never had a child herself since the marriage was never consummated.  From the start he had made it clear, that he didn’t need that from her, he had money enough to buy himself ‘proper’ women if and when he needed, and for that, she had been mightily relieved.

Just like she was when she found his overstuffed body cold in his bed.

However, widows were considered bad luck and ended up living on the outskirts of society where no man would venture and her mother had made it clear she wouldn’t take her back into the household

‘I’ve enough mouths to feed’ she’d said without a shred of compassion for her distraught daughter.

Now, standing over his grave in the stinking heat of a Delhi afternoon, her mother watching critically from her seat under the tree, she realised that she was nothing, her miserable and empty life was now meaningless.  So she didn’t hesitate when she withdrew the small knife that she’d hidden in the folds of her sari, plunging it deep into her stomach with a force she didn’t know she possessed. She felt her soul flutter before her body collapsed over the sun warmed stone tomb, her blood staining it forever.

2 thoughts on “Death in Delhi – Five day challenge.. day one”

Journaling Through Gardening and Other Fragments